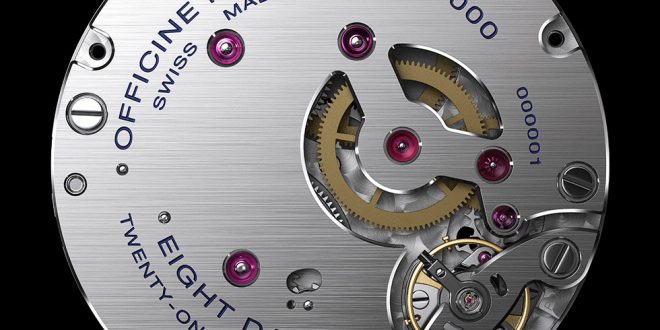 It was only a few years ago that Officine Panerai introduced it’s first in house movement and took that leap into manufacture status. This year they again released a new movement known as the Calibre P.5000. This movement  is a manual wound movement with an amazing 8 day power reserve. The movement is going to make it’s debut in two new Panerai watches, the PAM 510 and the PAM 511 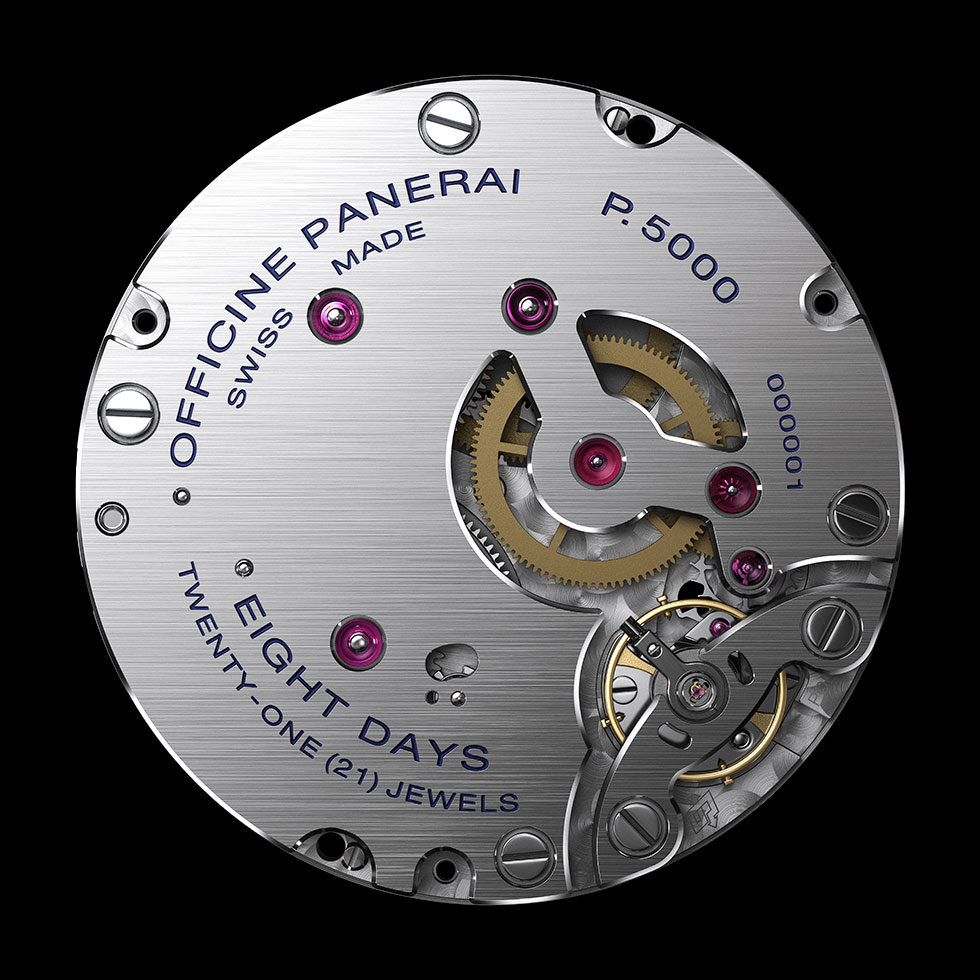 These days it’s hard to find a watch with an 8 day reserve, but Officine Panerai has had a long and rich history of creating watches with this eight day reserve. Since these watches were first introduced for the Navy Commandos of the Italian Navy, the eight day power reserve was a necessity for those long days in the trenches. The early Panerai watches featured an Angelus movement to achieve those specifications.

Keeping true to that heritage, the Panerai Calibre P.5000 is created with a mechanism that is contained between two plates, which conceal most of the wheels and allows very limited detail. The only things that you will notice being visible on this movement are the balance cock, intermediate wheel, and variable inertia balance. Using this variable inertia balance, it’s period of oscillation can be adjusted with little timing screws on the outside of the balance wheel. This makes the movement have a balance spring that is free, without the curb pins which normally would be used to modify it’s active length. 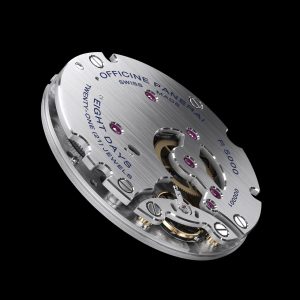 The bridge that supports the balance is fixed by two screws beneath which are threaded rings in both directions. The main purpose of this is to adjust the end shake of the balance staff pivots. Because of these advancements and design features it allows the movement to run perfectly even if there are shocks to the watch. 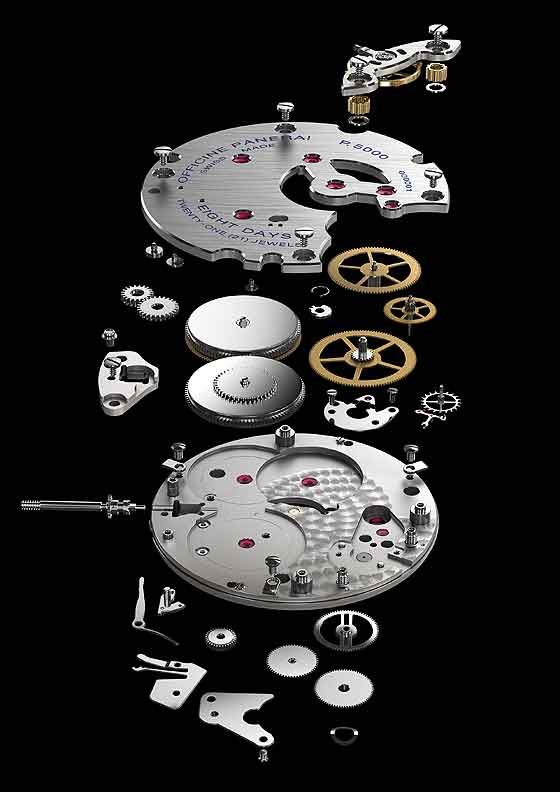 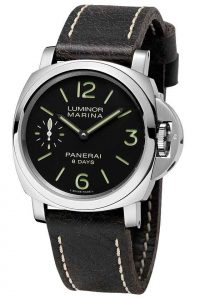 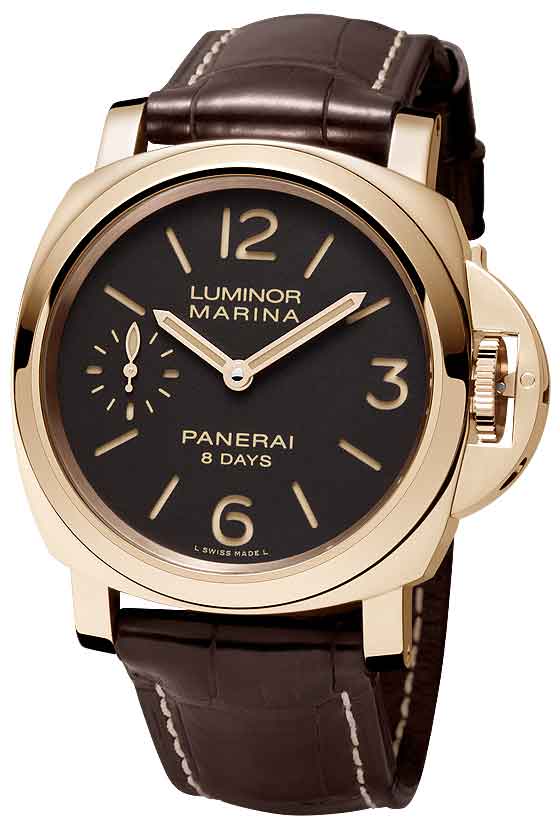