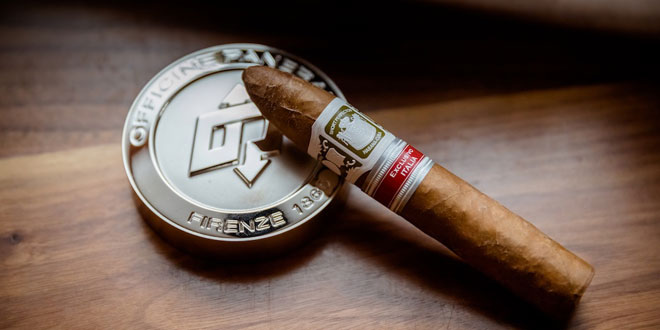 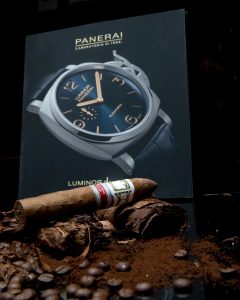 In 2015, Dubai Watch Week was born, and this past November I had the pleasure of attending the event for the first time. This trip was beyond just a chance to enjoy everything Dubai had to offer as well as catch up with great friends in the area. I was hopping on a plane for 16 and half hours straight to join forces with long time friends Jean Ghalo of Mr.PingLife and Khaled Jbara of WatchDNA to bring the first ever Cigar World Tour Event featuring Officine Panerai to life.

If you follow MrPingLife, who is a photographer by trade, brings you the best of all things luxury within the mid-east region and beyond . Did I mention he also throws some of the most amazing events around the region pairing all of these luxury brand such as watches, cars, and cigars? One of his latest creations is the Cigar World tour which he pairs two beautifully handcrafted products into a night of fun and relaxation.

The third member of this triangle is Khaled, another amazing photographer in his own right, is the founder of Day & Night magazine which is one the largest luxury watch publications in the Middle East.

With the help and support of the Panerai Middle East team we coordinated a night full of fun, cigars, Panerai Watches, collectors, as well as new clients. This event came to be known as Tourbillons and Cigars. The venue for the evening was the Churchill Club located in the Four Seasons, DIFC. This quaint and elegant cigar bar overlooks the financial district and the heart of Dubai. 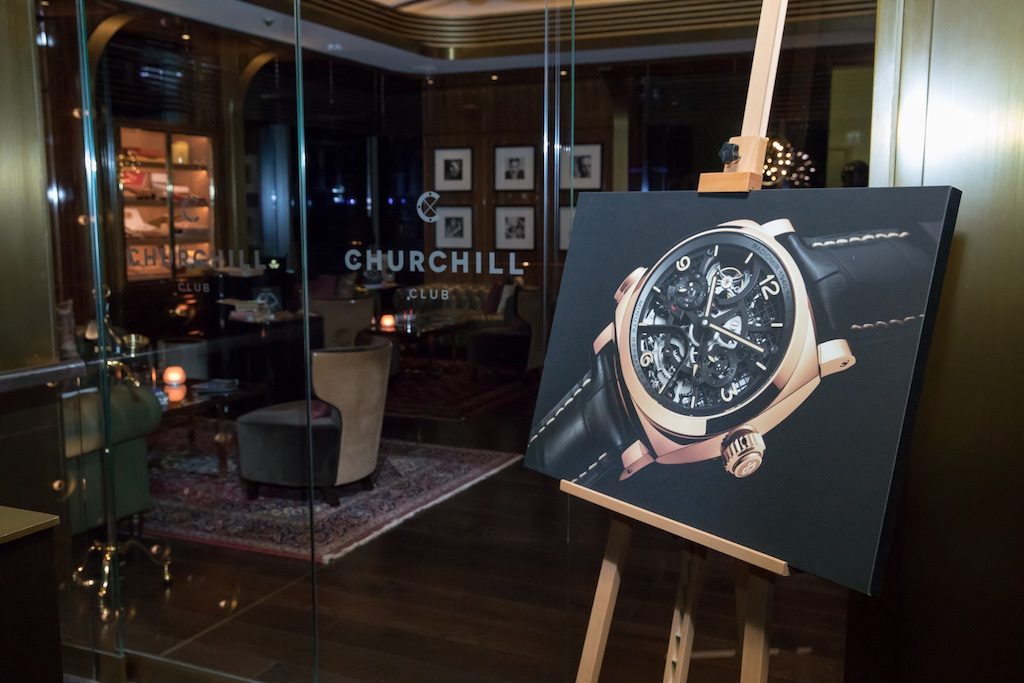 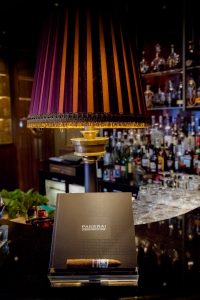 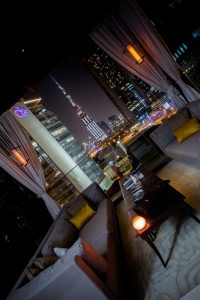 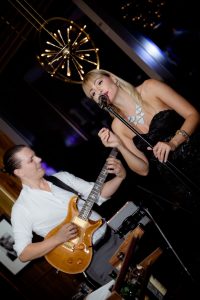 Guests were treated to a transformed version of the Churchill Room featuring media, books, custom Panerai inspired deserts, a live Italian Jazz band, as well as Master Watch makerAdriano Toninelli  stationed in the room to show off some of the amazing watches and movements Officine Panerai had to offer. Brining the event together were some fine Ramón Allones Short Perfectos Exclusivo Italia; Partagas No.4; and Hoyo de Monterrey Epicure No. 2 cigars., as well as a live cigar roller stationed on the patio. 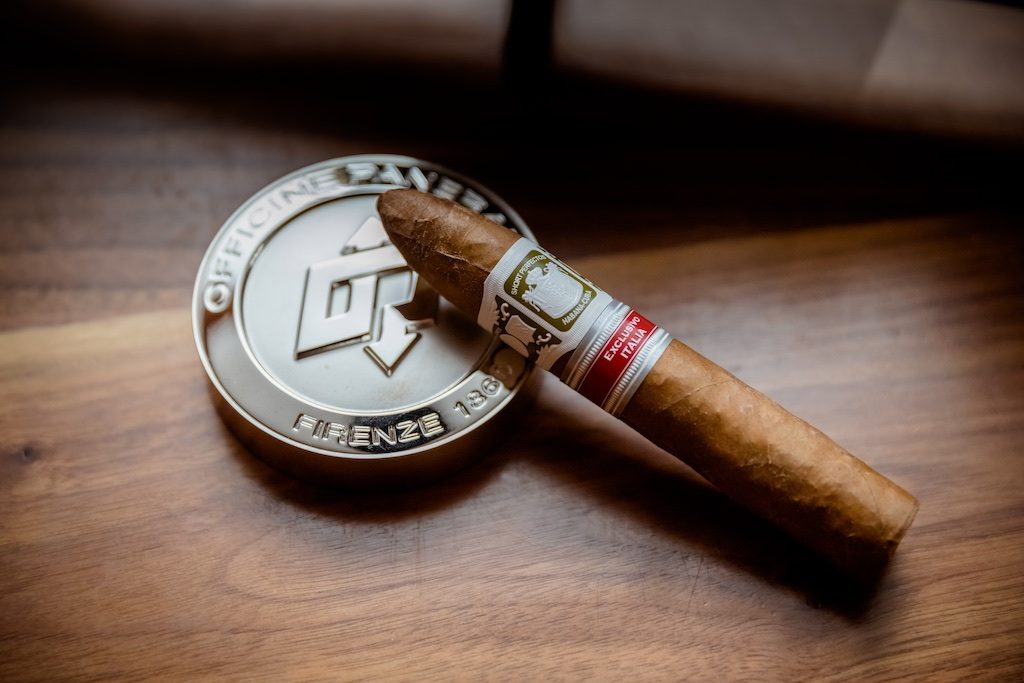 The Tourbillon & Cigars event was an overwhelming success and we were humbled to have packed the venue to capacity with true Panerai enthusiasts and collectors. As with any event I have been part of there is an air of nervousness as the event starts because you want everything to go right and you never know the turn out. But thankfully the close bond of all the Panerai followers we all have in the region came out in full force to show us support and we exceeded expectations. 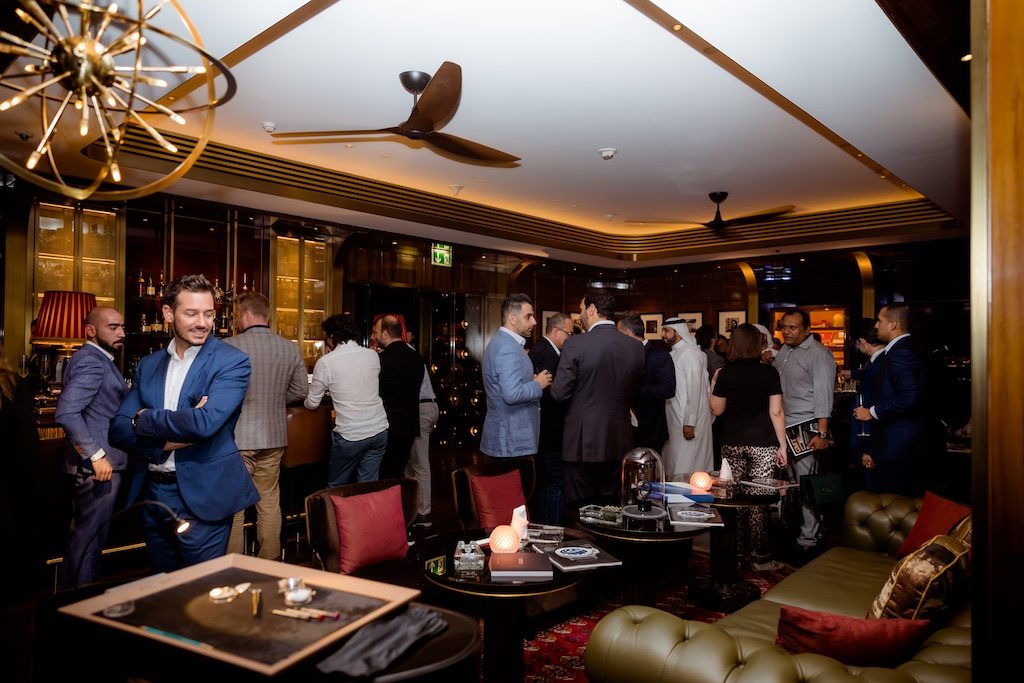 As mentioned earlier this was the first even Panerai event that was done in collaboration the Mr. Ping Life Cigar World Tour and we working hard to expand the event into more cities with Officine Panerai this upcoming year. We will definitely keep you updated when the next Tourbillon & Cigars Panerai get together will be hosted. Our goal is to make this an every year event which will hopefully grow only larger thanks to the support and participation of follower and collectors like yourself.

A special thank you to the entire Officine Panerai Middle east team for all of your support during Dubai Watch Week and helping with the success of this event.