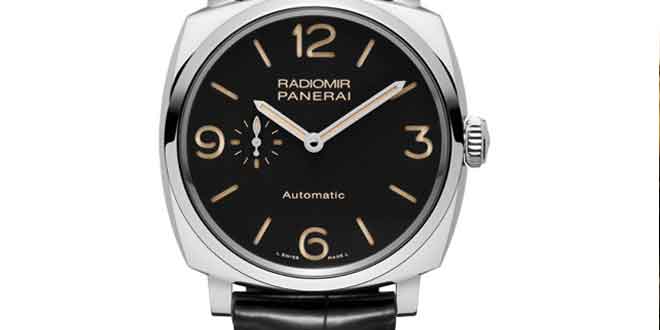 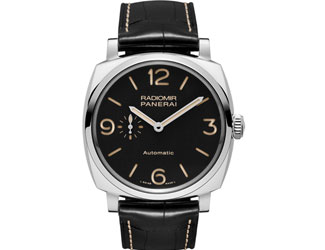 After an underwhelming SIHH for Panerai in the eyes of some Panerai faithful, we are extremely surprised and happy to announce their newest 1940’s Radiomir that was just recently announced and discussed in length at qpmagazine.com.

Featuring a brand new P.4000 movement, the PAM572 will be the first 1940’s Radiomir to ever be fitting with an automatic movement. The way they were able to fit this new movement in the case by creating their first ever micro-rotor system that can be placed off center on the movement. Because of this, Panerai was able to make a much thinner movement as opposed to having the rotor on top of the movement.

The news is that there is an all steel version for 8,900 Euro and the Rose Gold version (reference number not known) will be 23,100 Euro.