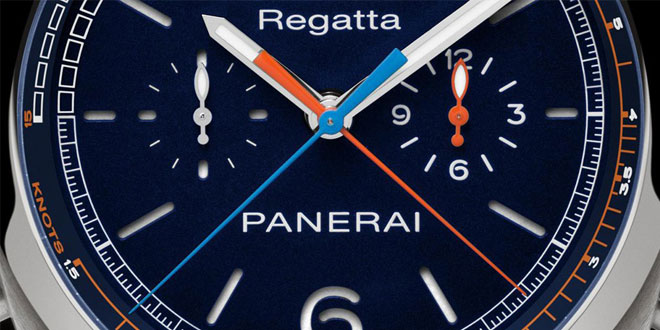 In 2013 Officine Panerai released the PAM526 Luminor Marina Regatta which even though features colors not normally seen on a Panerai became a winner amongst the community. At SIHH 2017, with it’s new partnership with the America’s cup, they released the PAM726 which was a new rendition of this piece with minor changes in color as well as an engraved back. Just a few days ago a third rendition of this beautiful Regatta piece has been issued and will have a reference number of PAM956. Sticking to it’s roots at sea, they have gotten ready for 2019 with a new Regatta piece that is going to pay tribute to the “Panerai Transat Classique“. 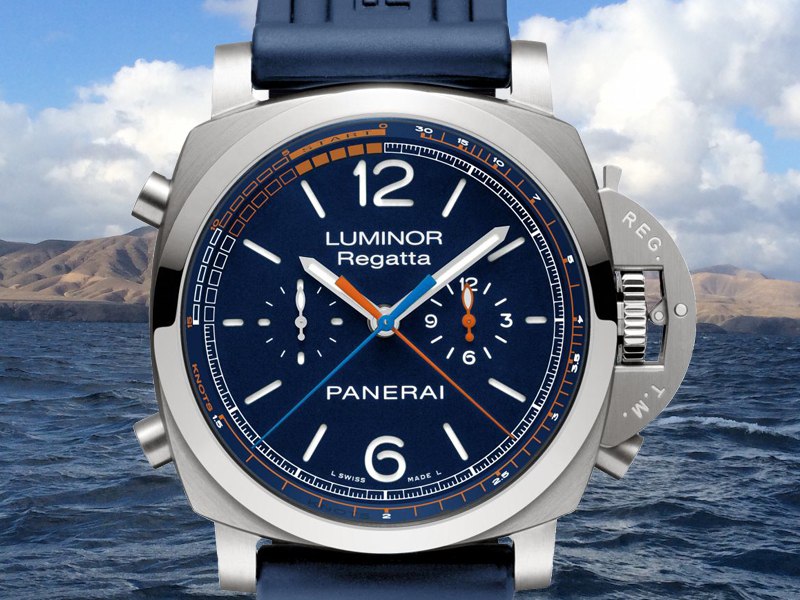 The Panerai Transat Classique will feature a fleet of classic yachts that will set sale from Lanzarote, which is one of the Canary Islands, and travel over 3000 miles across the Atlantic ocean and land in their final destination of St. Kitts in the Caribbean. What classic yacht race would complete with Panerai’s own 1936 Bermudan ketch, “Eilean” entering the race.

This time around the Luminor Marina Regatta got a few more changes aesthetically. The PAM956 now features a dark blue sandwich dial and an engraved case back commemorating the race. The PAM00956 will be a limited edition piece of only 150 units. As with the previous models of this Regatta, the case is a 47mm one made of brushed Titanium which give the watch a very light feel.

The PAM956 Transat Classique model is powered by the same P.9100/R automatic in-house movement as the previous pieces which features 37 Jewels, 328 components, and a power reserve of up to 72 hours.

To complete the look of this beautiful piece the watch comes with a matching blue rubber strap, a second interchangeable strap, the tool to change the strap, and a screwdriver to remove the buckles.  Currently the expected retail price for this piece will be $19,970.00 USD. 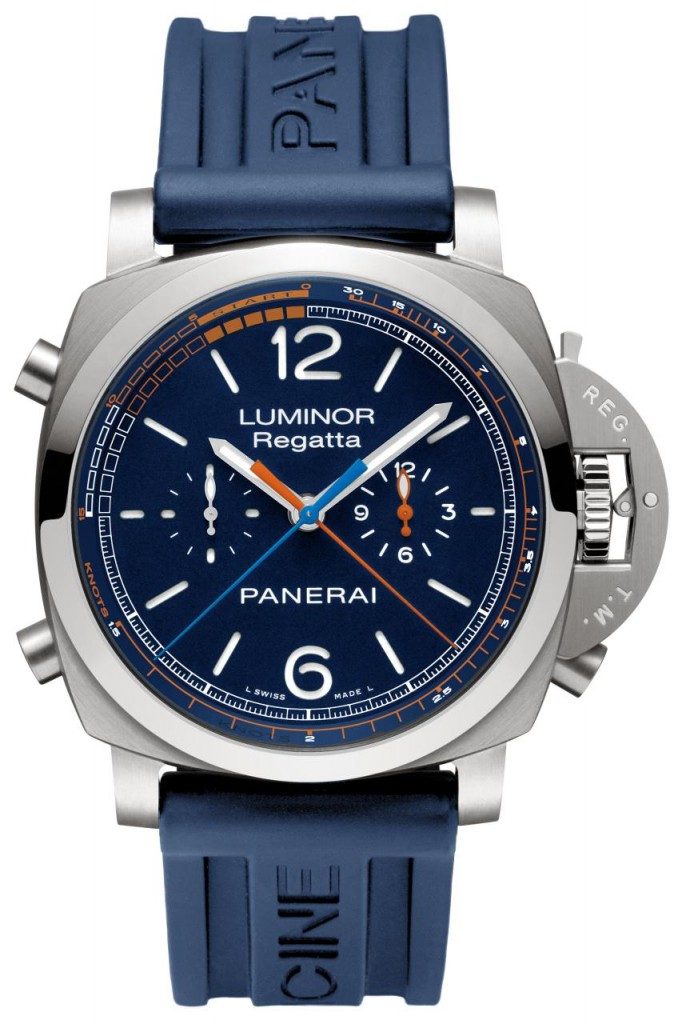