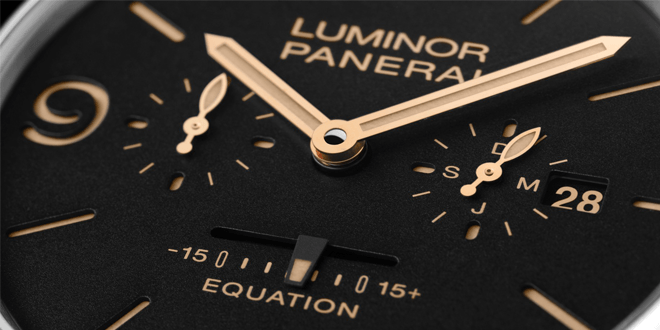 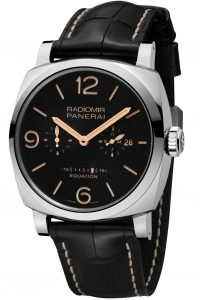 The equation of time complication is a very interesting one and in so many words it is the difference between convention and reality. A single day is measured by the complete rotation of the earth around the sun. Because of the elliptical orbit of the Earth around the sun and the axial tilt of the Earth’s rotation in relation to the equator, the duration of a day measures exactly 24 hours on only four occasions in a given year. All other days in the year there is a difference between apparent time, known as solar time, and conventional time (mean time). This difference variable is up to 15 minutes ahead or behind depending on the time of the year. The measurement of this difference is one of the classic complications of high quality watch making and is known as the equation of time and is displayed by a linear indicator on the dial of the new special editions such as the Panerai PAM516 and PAM601.

This complication is created by using the P.2002/E in-house movement that was first created by Panerai in 2005. It is a hand wound movement with a long 8 day power reserve. The movement and power reserve indicator on both of these pieces can be seen through the sapphire crystal window on the case back. 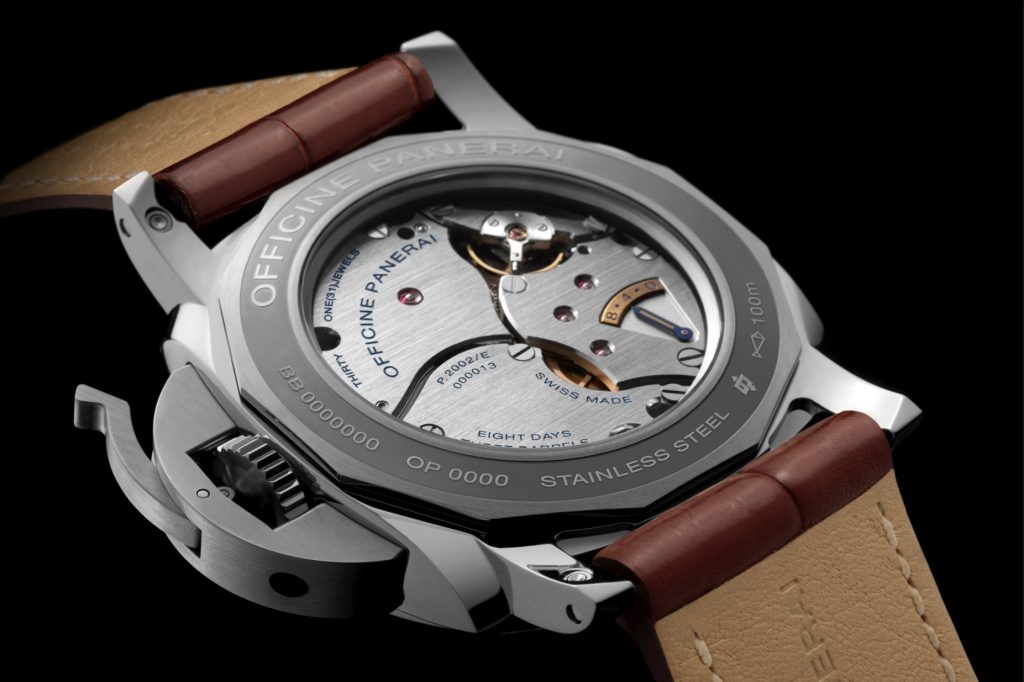 The dials are both black and feature the sandwich structure which was invented in the late 1930’s. As well as the afore mentioned linear indicator of the equation of time, the dial also contains the seconds counter at 9 o’clock, the date window at 3 o’clock as well as a the circular indicator that will tell you the month. The equation of time models feature a faux patina luminous material to bring together a nice vintage feel. 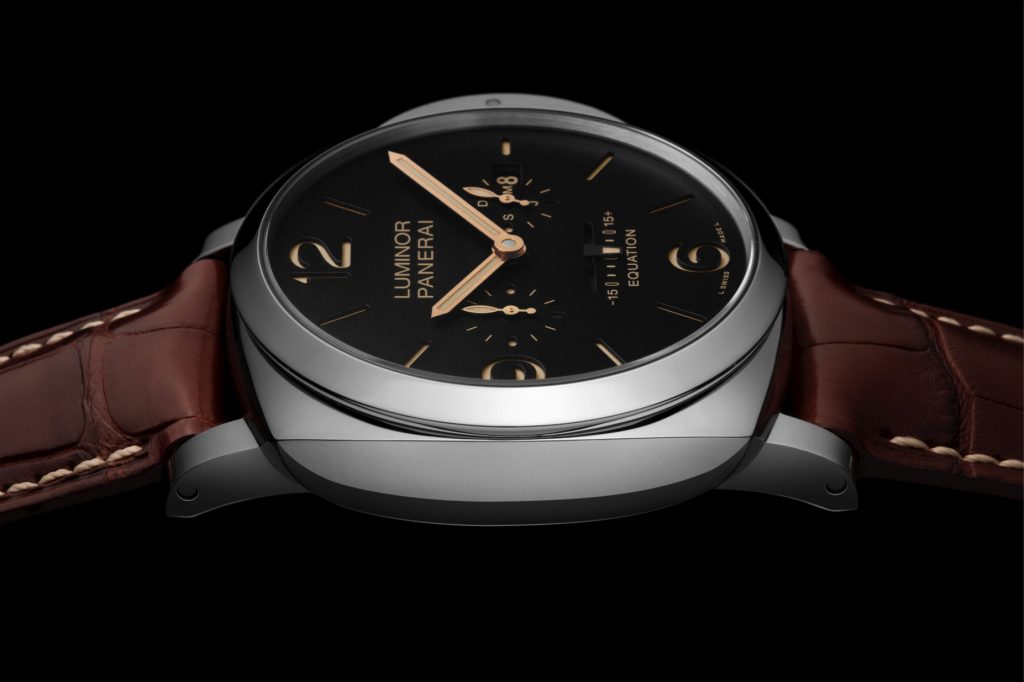 The Panerai PAM516 Radiomir will be limited to only 200 units made while the PAM601 Luminor will be limited to 100. Before these particular special editions the only time you would be able to pick up a piece with Equation of time would be if you shelled out some super cash for the Tourbillon model from a few years back. Initially from pictures alone I have to say that I am leaning a bit more towards the Luminor model of this line only because I feel that the Radiomir 1940’s is better off with a more simple dial. That’s not to say that over time it might not grow on me, but I have to truly see these bad boys in person and handle them for a bit longer before I give my final take. Who knows, next week I might love the 1940’s and forget all about the 50’s.