Chris Pratt Wears the Panerai PAM573 at the Oscars 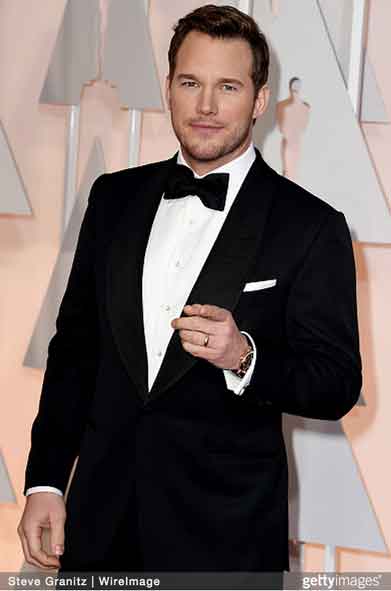 Ever since becoming a die hard Panerai enthusiast, I have noticed myself catching different celebrities wearing the timepiece I love so much. It’s gotten so bad that my wife has joined in on the fun spotting Panerais all over the silver screen and TV.

Only a few weeks ago at the Golden Globes, Chris Pratt wore the amazing Panerai PAM576 Rose Gold 1950’s  GMT. He followed up that awesome performance with another rose gold beauty at the 2015 Oscars.

Pratt, known for his star performance in the recent hit “Guardians of the Galaxy”, was spotted wearing the PAM573 45mm 1940’s Radiomir in Rose Gold. This particular model, which debuted at Watches and Wonders in 2014 features the new P.4000 movement. This automatic movement is the first to use an off-set micro rotor completely manufactured by Officine Panerai. With the micro-rotor technology, it allows the automatic movement to stay much thinner and fit in the 1940’s case, which has typically houses mechanically wound movements.

A great choice in timepiece in my opinion by Pratt. Now the question remains which Panerai will he be spotted with next!

Have you seen a celebrity or tv personality rocking a beautiful Panerai watch? Shoot us an email at [email protected] and we will share it!