Coverage begins at 12:30AM PST

The 2014 Models have been released – Click here to see the complete lineup.

There are 3 other models that haven’t had much press information released on them at SIHH as well. Thanks to Time & Tide Watches for these pictures of the other 2. 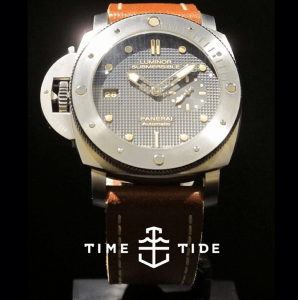 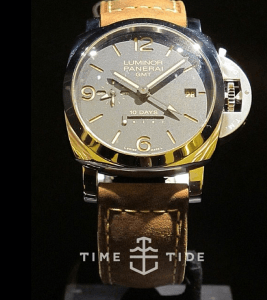 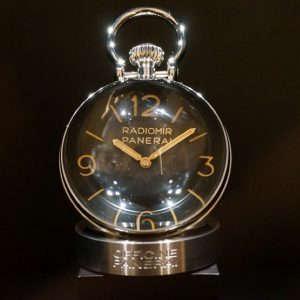 Thanks to instagram poster @vdzeletovic we have an image on another unofficial release from Panerai. This piece is a 44mm Luminor 8 Giorni Brevettato that is rumored to be a limited run of 1000 pieces and in the $7,700 price range. The reference number is believed to be the PAM590 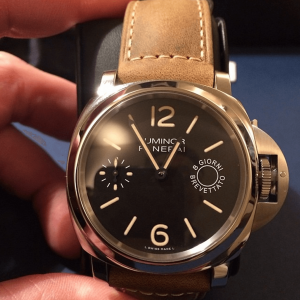 Another 2 Panerai models surfaced today at SIHH. Scouring Instagram I saw these two 42mm GMT models. Both of them have a polished case and hobnail “woven texture” dial. One has a power reserve and the other does not. Photo Credit on one of the photos goes to “The Hour Glass Watches” 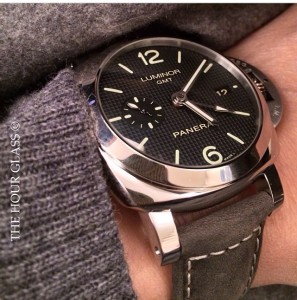 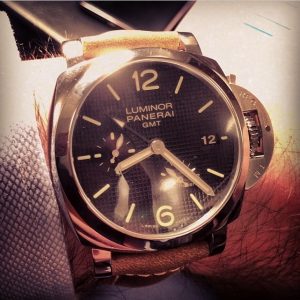 Thanks to Instagram Poster @david_mrobinson we get a sneak peak at the Panerai PAM530 GTM 24 Hour Automatic. 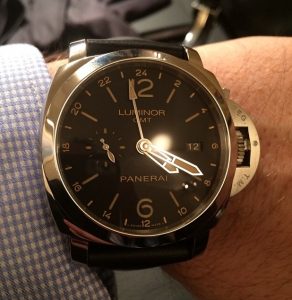